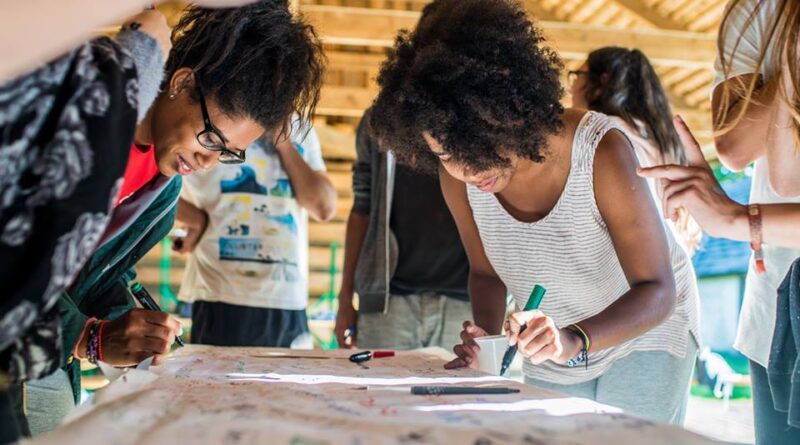 #dance4dialogue has been a youth exchange which has been implemented in Tallinn, Estonia from 22 to 29 of August 2016. The project is co-financed by the European programme Erasmus+ and it’s within the youth mobility of individuals frame. It has involved 49 participants from 7 different countries (Estonia, Italy, Germany, Romania, Cyprus, Spain and Czech Republic).

The main aim of the exchange was to foster dialogue among young people from different cultures and promote intercultural dialogue as a tool to unite and streanghten sense of belonging to European Union and to fight against racism, xenophobia. The objective has been to use dance as a tool to promote intercultural dialogue and diversity. During the exchange not only participants have deepened concepts as intercultural learning and diversity but also they have increased tolerance, mutual understanding and active participation attitudes. At the end of the exchange the participants have made a public exhibition of different dances developed during the exchange mixing traditions and street culture.